Tenants who create too much smoke when barbecuing their lamb chops or sausages on unit balconies could soon face fines of up to $2200 under proposed changes to strata laws.

The same goes for smokers if the smoke from their cigarettes or cigars drifts into neighbouring units. The changes count among more than 90 amendments to strata laws introduced to the NSW Parliament on Wednesday, including a controversial provision that would allow entire unit blocks to be sold to developers if 75 per cent of owners agree.

Under current strata laws, residents are not allowed to create a “nuisance or hazard”that interferes with another person enjoying their lot or common property.

Residents also have the power to take their neighbours to a tribunal, if their actions are considered to be a “nuisance or hazard”.
But legislation could soon be strengthened  by specifically noting that smoke drift, such as tobacco and barbecue, can be considered a “nuisance or hazard”.
The reforms also include a proposal to introduce a model by-law that deals with smoke drift such as from tobacco and barbecues.

If the smoker or barbecue fanatic fails to comply, the matter could be taken to the NSW Civil and Administrative Tribunal, which has the power to issue a fine.

If the tribunal finds there has been a breach, residents who create too much smoke drift could face fines of up to $1100 – double the penalty under old laws.

The penalty will double to $2200 if the same offence occurs within 12 months.

Megan Crisp lives in an apartment block in Sydney’s north-west and has smokers living next to, above and below her.

“I can’t go out on the balcony, not until after they are gone, and usually I have to shut the doors,” Ms Crisp said. 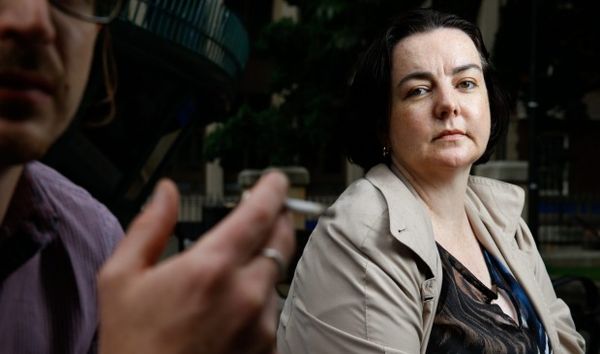