NSW may now be the most expensive state for home renovations, but it is still cheaper than buying a new home.

In a climate of low interest rates and declining property prices, NSW homeowners are expected to focus on renovating their properties rather than purchasing new ones.

For Mathias Royce, renovations were always on the horizon when he purchased a two-bedroom apartment in Cremorne, on Sydney’s lower north shore, last year.

“We fell in love with the place, but weren’t happy with the way it was decorated or furnished. We basically did a cost-benefit analysis to find out it was cheaper to renovate,” he said.

Mr Royce said finding a property which had been recently renovated, in a similarly desirable location, would have cost “hundreds of thousands” more.

“We were looking all the way from Crows Nest to Mosman for comparable properties….for us to find something up to standards, the way we wanted, would have been [up to] $200,000 more.”

The renovations Mr Royce intends to complete are expected to cost between $50,000 and $60,000, a figure which is still around 3.2 per cent higher than the national average.

But a bigger price tag for renovating and hiring tradespeople has not been the only strain for NSW apartment owners, like Mr Royce.

Current strata laws state that a special resolution (with approval from 75 per cent or more of a building’s owners corporation) is needed by any owner looking to undertake cosmetic, minor or major renovations.

The unpopular law has left many owners unable to conduct even the smallest of refurbishments without approval; such as installing or replacing hooks for paintings, laying carpet or installing wardrobes and curtains, prompting the NSW Parliament to act when it announced  more than 90 changes to be made to NSW strata laws. 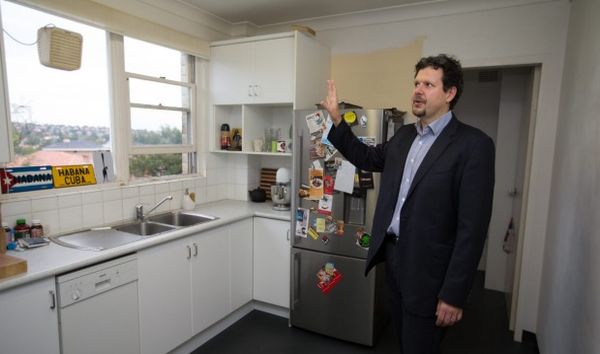